“I will tell a double story. For at one time they grew to be only one
out of many, but at another they grew apart to be many out of one:
fire and water and earth and the immense height of air,
and deadly Strife apart from them, equal in all directions
and Love among them, equal in length and breadth.”

“The sun’s breadth is the length of the human foot.” 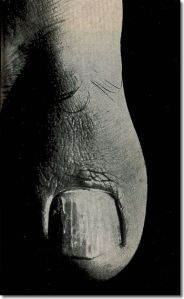 The immense height of air, the sun’s breadth, the length of the human foot, “and Love among them, equal in length and breadth.” An evident preoccupation with measuring, comparison, analogy. Measure, here, threads itself through everything; it threads itself through itself. Heraclitus understands “judgment” as the capacity for discerning “how all things are steered through all things.” Where, I wonder, and in what position do I need to be, to find my foot the adequate measure of the sun?

Neither the human foot nor the sun provides a very stable point of reference for measure. One foot is twice as long as another, but how does that discrepancy compare to the protean diameter of a giant gaseous star? What kind of assertion does Heraclitus make about the relative, subjective organization of perception, and knowledge? Does “subjectivity” have anything to do with it?

Here’s a room I’m imagining—it has three dimensions: air, sun, foot. André Breton paces in a corner, searching out similitudes in all directions. Georges Bataille enters, calling out to Breton: “Man’s secret horror of his foot is one of the explanations for the tendency to conceal its length and form as much as possible.”

Breton: “Soluble Fish, am I not the soluble fish… and man is soluble in his thought!”

Bataille: “The big toe is the most human part of the human body.”

Breton: “The ground beneath my feet is nothing but an enormous unfolded newspaper.”

Bataille: “It is clear that the world is purely parodic, in other words, that each thing seen is the parody of another, or is the same thing in a deceptive form… ”

Bataille seems to be describing the contours of the room. The room is mapped, but to what purpose?

When I closed my eyes, yesterday, I saw silvery-white tigers stretched out next to deep yellow planes of color, shifting in and out of representation: a color, then a ground, then a fabric, then a color. “A man in the night kindles a light for himself when his sight is extinguished; living he touches the dead when asleep, when awake he touches the sleeper,” said Heraclitus again. I imagine, in his ontology, something unlike the unity of opposites, and more like a Venn diagram. Each thing relates to another, confronts it, translates it, measures it. My foot, the air, sun.

1. “Love among them, equal in length and breadth.”

2. “Strife apart from them, equal in all directions.”

What strangeness, to be “equal” and yet “apart” or “amongst.” But then, equality is precisely not identity. Equation demands measure, proportion, predication; it necessitates parts, the joint, “harmony.” A backwards-turning attunement, says Heraclitus. Palintropos. A little arsy-versy maybe, but we’ve come to expect that. “The sun’s breadth is the length of the human foot” works this way. How could one thing be another thing unless it wasn’t that thing at all? Predication by way of the copula (to be, is) undoes itself, “deconstructs” itself, establishes exactly that which it attempts to elide or deny: it establishes difference, not identity. Passing through itself, this “to be” tells “a double story.” Bataille takes off his shoe. He puts his hat on his head. 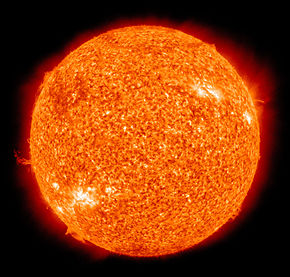